On the eve of the Laureate Award Ceremony where Panel Member Dr. Akinwumi Adesina will receive the World Food Prize, the Global Panel on Agriculture and Food Systems for Nutrition will be launching a new brief: Urban diets and nutrition: trends, challenges, and opportunities for policy action. The brief looks at the challenge of providing healthy diets in urban environments in low- and middle-income countries, presenting eight recommendations directed primarily at policymakers especially those working at the sub-national level.

66 per cent of the world’s population is projected to be urban by 2050. The additional 2.5 billion urban residents will live primarily in Africa and Asia. This is leading to a growing crisis of urban malnutrition.

“There is an urgent need for better urban governance around food, nutrition and health”, said Dr. Akinwumi Adesina. “Urban populations need improved information on how to live well by eating well.”

The brief gives particular focus to the growing threat of diet-related non-communicable disease. The greater wealth in urban centres, relative to rural areas, does not necessarily lead to healthier diets, with excessive consumption of highly-processed foods that are high in calories but low in nutrients. Emmy Simmons argues that “within complex, diverse urban environments, poor dietary choices could create a further financial burden, with rising levels of overweight or obesity generating increases in the health care costs associated with non-communicable diseases”.

The eight recommendations in the brief call for a wider policy approach which integrates actions from food, agriculture and nutrition into urban planning, education, health, sanitation, water and infrastructure development. It will also require a shift in attitudes towards the informal food sector and the collection of better data on urban diets.

The brief shows how policymakers at the local level need to champion better diets and nutrition, but this requires them to be both mandated and empowered to act. Panel Member Tom Arnold argues that these “public policymakers need to recognise that productivity, quality of life and life expectancy in urban areas will revolve around healthy diets and lifestyles.”

Without decisive action, the Global Panel argues that this urban malnutrition crisis will deepen. This is especially important in many low- and middle-income countries where urban dwellers do not consume enough basic calories, lack sufficient micronutrients, or suffer from being overweight or obese with associated diet-related non-communicable diseases, leading to a ‘triple burden of urban malnutrition. As Dr. Kalibata recently stated, “The growing threat of an urban food crisis can no longer be ignored”. 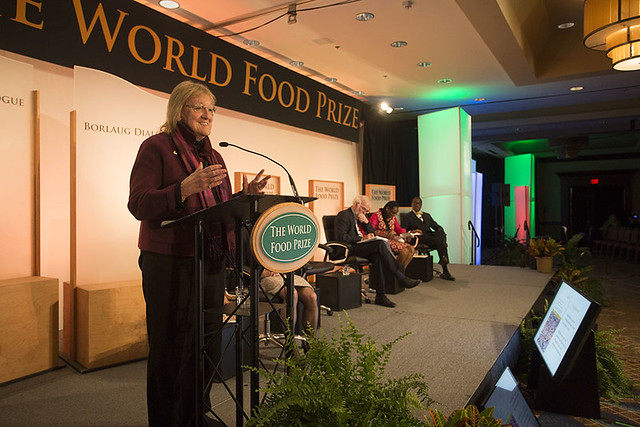